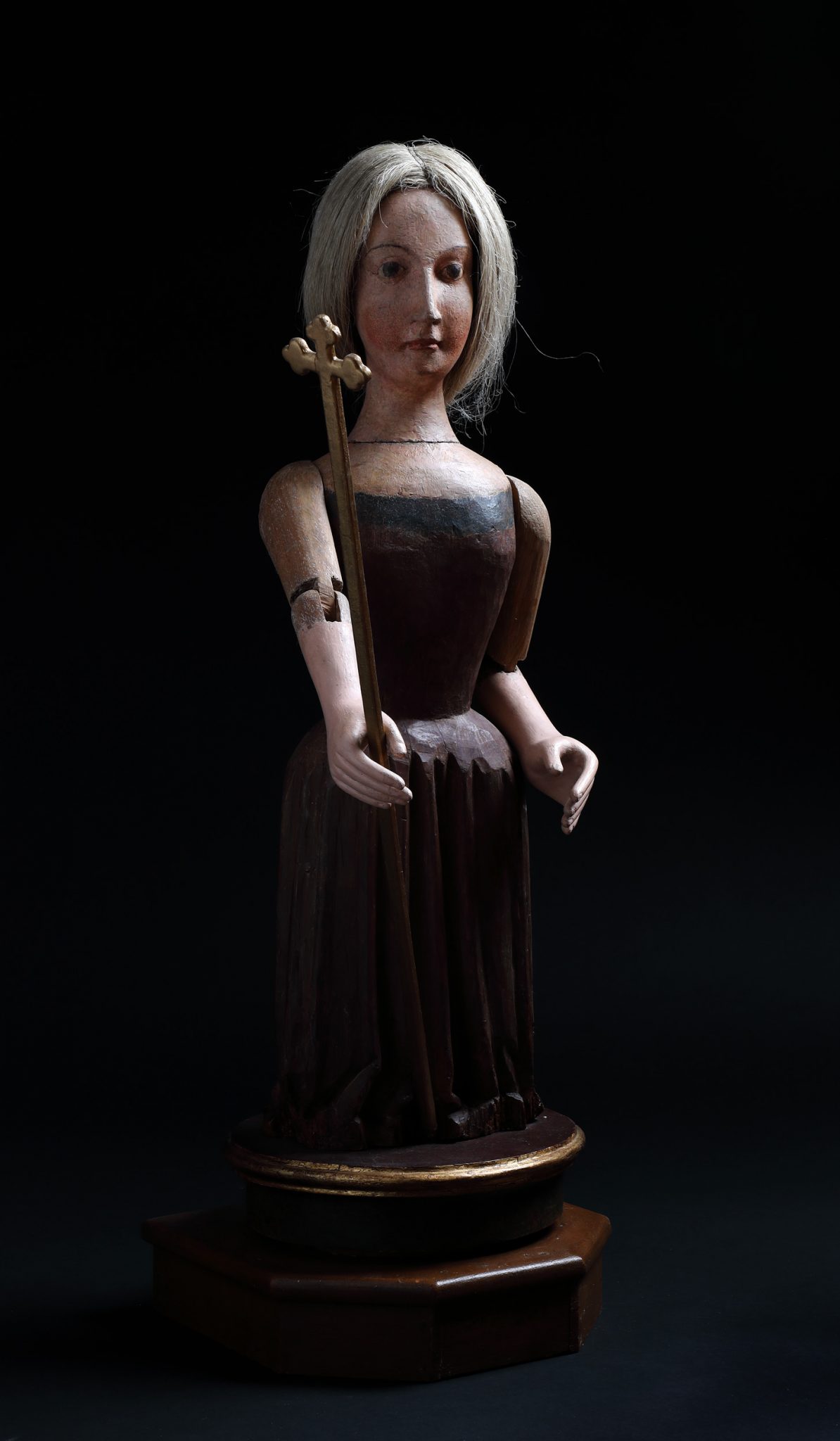 St. Margherita was born in the city of Antioch in the province of Pisidia, Asia Minor, in the third century. According to the testimonies of her contemporaries, she was a girl of great beauty. After the death of her mother, her father sent her to a nanny in the country, to be raised there. St. Margherita’s parents were pagans, but the nanny who was raising little Margherita was a Christian, and she secretly raised her in the Christian faith, telling her about Jesus and his mother Mary.

She also taught her how to pray and other Christian mysteries. It was no wonder that the soul of little Margherita quickly accepted the beauty of new Christian truths and came to love Christianity, also consenting to receiving the sacrament of baptism. She came to love Jesus so much that she pledged to him her eternal virginity, remaining faithful to him until her death. She carefully watched over her impulses from within, only trying to ingratiate herself with her heavenly bridegroom.

Margherita’s father was a prominent pagan priest. After learning that his daughter was a Christian, he was very angry and very resolutely demanded that his daughter give up the Christian faith by sacrificing to pagan deities. It is admirable how little Margherita firmly stood by her faith and resolutely refused every attempt of her father and the very thought of denying Jesus. She herself came to know that the faith in Jesus was the only real truth. For this, her father had her inhumanely tortured and abused.

When he could not deter her from the faith by torture and abuse, he delivered her to pagan judge Olibrius. Olibrius, stunned by Margherita’s beauty, tried to bring her away from Christianity with kind words. In his persuasion he made so many flattering promises, but achieved nothing. When this, too, failed, he had her tortured, hoping to break the heroic spirit of little martyr Margherita. Olibrius’ men flogged her, pinched her flesh with red-hot pincers, tore her flesh, tortured her with hunger and thirst in the dungeon. The result, however, was always the same, because Margherita remained constant and faithful to her heavenly bridegroom. Prayer was constantly on her lips, to endure in not renouncing her Christian faith.

On this very day 275, she was beheaded. Christians reverently buried her tortured body, and over her grave a beautiful church was later built. Painters usually show St. Margherita surrounded by great light, holding a cross in one hand, and a chain in the other hand with which she tied a vicious dragon that she tramples with her feet. It is a visual presentation of the spiritual greatness of this saint. The cross shows her strong, adamant faith in Christ whom she loved and for whom she suffered. The dragon stands for pagan delusion and violence that she heroically defeated.

Margherita really is what her name says: “The pearl of our holy faith!” St. Margherita, pray for us!